The clever way to protect your accessories

It isn’t easy with valuable accessories. Not every camper wants to go to the trouble of stowing them in the rear garage every night or constantly securing them to things using huge locks. Owners of a WiPro III alarm system can secure their accessories in a much more comfortable way: by simply integrating a Thitronik radio cable loop into the security system.

If snatchers now fumble with the loop, attempt to pull the slide unit out of the holder or sever the cable, the central control unit immediately emits an alarm. The system also promptly detects jamming attempts or external magnetic fields.

Incidentally, you can integrate up to 100 cable loops into the Thitronik security system. 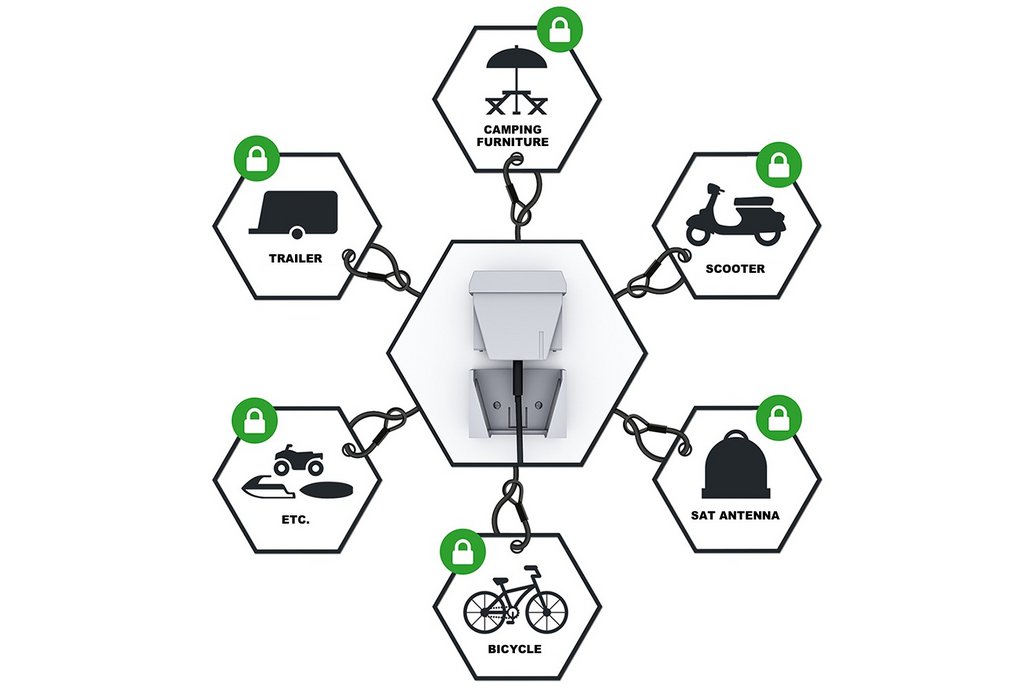 The radio cable loop really shows its strengths when the Thitronik Pro-finder is on board along with the WiPro III alarm system. Thanks to an SIM card in the device, the locating system can communicate at any time with one or if desired several mobile phones.

If the cable loop triggers an alarm, the owner is immediately informed by text message and can take the appropriate actions. Like all wireless contacts from THITRONIK, the cable loop is operated with button cells (CR 2032). Long before the battery is exhausted, the user receives a status message via the central control unit prompting him or her to replace them.

The Thitronik cable loop comes with a black or white holder, for example, a slide unit – selectively with a length of 2.5 or 5 metres.

We use cookies to enable you to make the best possible use of our website and to improve our communication with you. Make your personal preference here:

We use cookies to enable you to make the best possible use of our website and to improve our communication with you. In this connection, we take your preferences into account and only process data for matomo and personalisation if you give us your consent by clicking on ‘Agree and continue’. You can withdraw your consent for the future at any time. Further information about cookies and customisation options can be found under the link ‘Show details’.